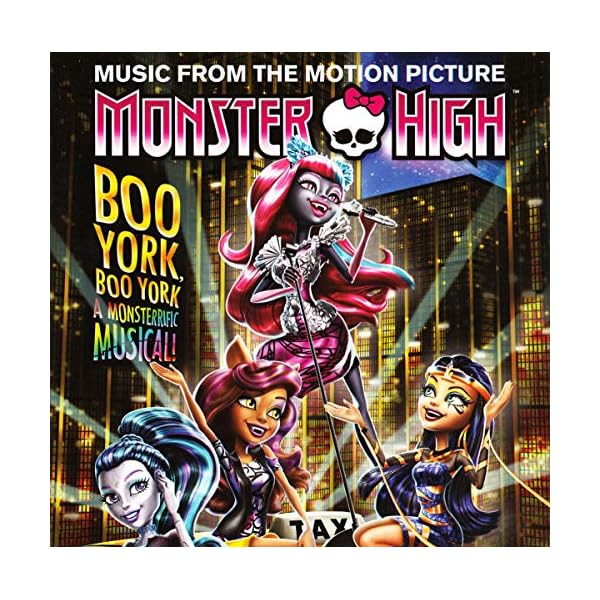 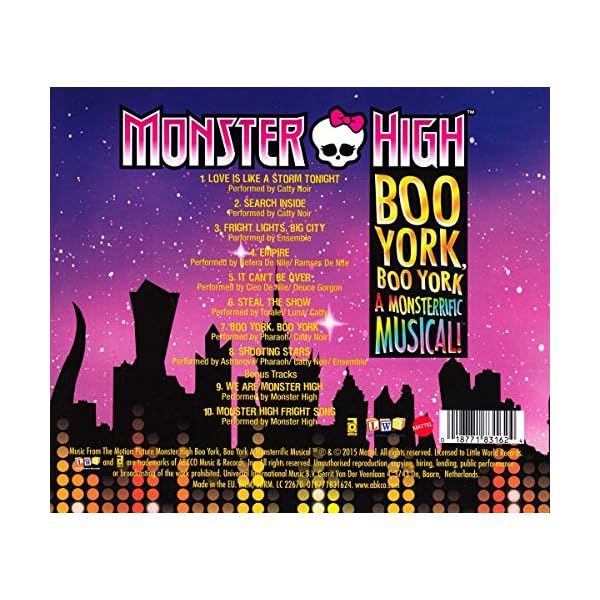 This is the very first CD release from the hugely popular toy brand Monster High (Mattel). The album is the musical accompaniment to Monster High’s very first musical, the Universal Studios film Monster High: Boo York, Boo York The Musical to be released on Blu-ray, DVD and HD Digital September 29th. In the film, the ghouls travel to fangtastic Boo York City to celebrate the Night Of The Comet. Mattel will be releasing several new dolls and accessories for Boo York, Boo York.