You are here: Products Mel Bay A Treasury of Hymns and Spirituals for Autoharp, Guitar, Ukulele, Mandolin, Banjo, and Keyboard 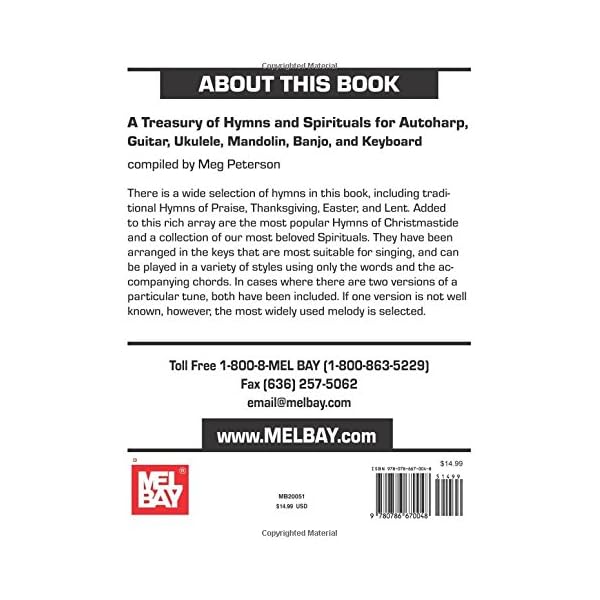 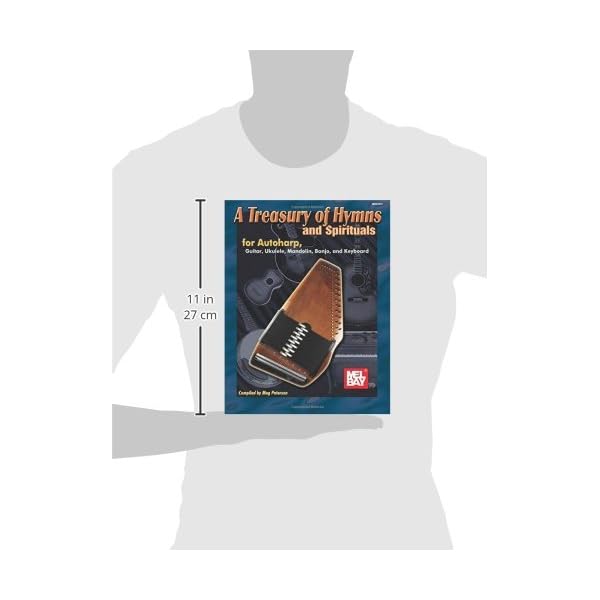 Mel Bay A Treasury of Hymns and Spirituals for Autoharp, Guitar, Ukulele, Mandolin, Banjo, and Keyboard

Meg Peterson is the premier Autoharp teacher in the U. S. She has introduced thousands of people– teachers, students, young and old– to the delights of this versatile instrument. She has spent the last thirty years collecting and transcribing traditional and innovative ways to play the autoharp, which has resulted in the writing and arranging of thirty books. In her first method book, written in 1965, she introduced her own scoring tablature that has become universal to all autoharp pickers, from beginners to advanced players. Since the autoharp arrived on the musical scene relatively recently, as musical history goes, very few people had learned to do anything with it, except push buttons and stroke. Meg, therefore, invented many of the strums and new techniques shown in her books, using existing guitar and banjo patterns as guidelines, and transcribed them in a way that is playable on the autoharp. As a result, the autoharp has come into its own as an integral and respected part of country and bluegrass combos. Meg has travelled widely, giving workshops as far away as Australia, England, and South Africa, and has been a judge at the Walnut Valley Festial in Winfield, Kansas.

In July 1995 Meg was inducted into the Autoharp Hall of Fame “for her exceptional contribution to the autoharp community.” Meg is also a violinist and was educational director of Oscal Schmidt International for 15 years. During that time she worked extensively with music educators, classroom teachers, music therapists and special educators, showing them how to use the autoharp in their teaching programs. Ms. Peterson also served as executive director of Music Education for the Handicapped for six years, during which time she ran three international symposia.