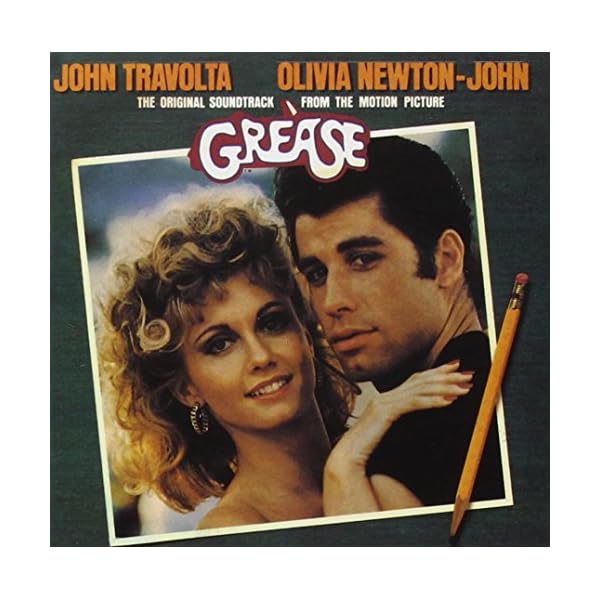 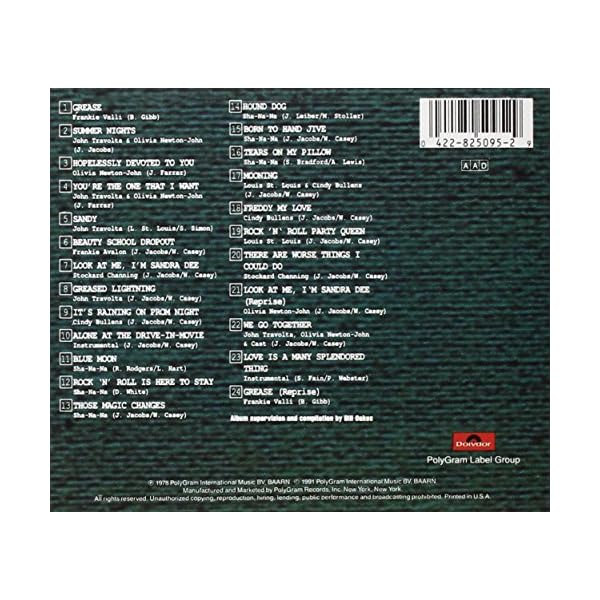 20th Anniversary Edition of the hit soundtrack featuring all 24 of the original audio tracks, including the hits ‘Grease’, ‘Summer Nights’, ‘Greased Lightnin”, ‘Hopelessly Devoted To You’ & ‘You’re The One That I Want’. 1998 Polydor reissue of the original 1978 album.

The movie is a 1970s take on 1950s musicals, providing all the kitsch anyone could hope for. It’s John Travolta as Danny Zuko as Olivia Newton-John’s pompadoured main squeeze, and the kids go crazy. Fresh from his astronomical success with Travolta in Saturday Night Fever, Bee Gee Barry Gibb penned the title track (sung by Frankie Valli). Sha Na Na is over-represented, and actress Stockard Channing struts her, um, versatility, singing a couple of tracks. This has become a touchstone in American culture, and so isn’t likely to improve our standing in the world’s eyes. Maybe the point is that it’s supposed to sound amateurish, but it does manage to eke out some fun, most notably on the hit “You’re the One That I Want.” —Scott Wilson