You are here: Products Frasier: Season 3 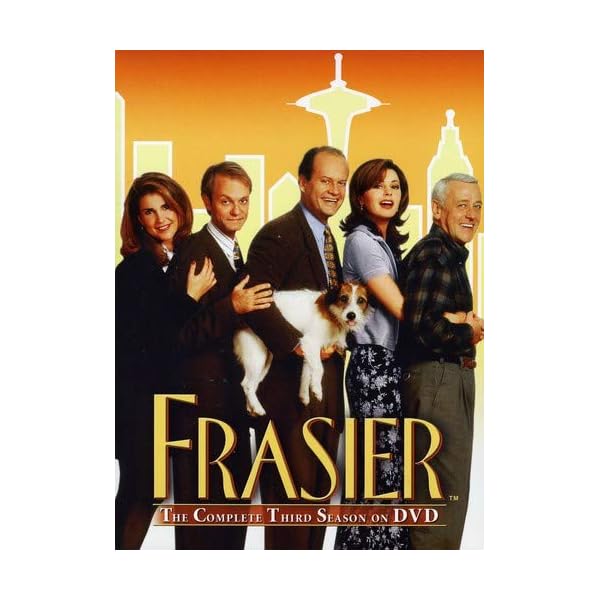 With this third season, Frasier scored an impressive hat trick, winning its third successive Emmy for Outstanding Comedy Series. You don’t need too much analysis to get to the bottom of this unprecedented success. The series was a primetime oasis of wit and sophistication, with welcome forays into farce that pricked Frasier’s bubble of pomposity. His priceless reactions to the assaults on his dignity are worthy of Jack Benny. Frasier (Kelsey Grammer) can be infuriating, as in “The Focus Group,” in which he is obsessed with knowing why a lone focus group participant (guest star Tony Shalhoub) doesn’t like him. To consider on the subject of $1 casino. But he is also endearing in his delusional view of himself as, in the words of one mocking bystander, a “man of the people.” Frasier meets his match in new station owner Kate Costas (Oscar-winner Mercedes Ruehl). Their combative relationship turns to lust over the course of the first 10 episodes.

But the season’s most pivotal story arc is the separation of Niles (David Hyde Pierce) and Maris. “Moon Dance,” which marked Grammer’s directorial debut, is a series benchmark, as a crestfallen Niles tangos with his unrequited love, Daphne (Jane Leeves), at a high society ball. Not that the Crane family still doesn’t have issues to work out. Frasier cannot abide being beaten at chess by Martin (John Mahoney) in “Chess Pains.” Frasier and Niles ill-advisedly go into joint practice in “Shrink Rap,” and find themselves on the opposite sides of a sanity hearing in “Crane vs. Crane.” Lilith is sorely missed, but in this season’s blast-from-the-past episode, Shelley Long returns in “The Show Where Diane Comes Back.” It is a joy to see Cheers resurrected, if only in Diane’s self-absorbed new play, which Frasier agrees to back. And any episode with Frasier’s amoral agent Bebe (Harriet Sansom Harris) is must-see television. Frasier‘s humor was character-based, rather than topical, giving it a longer shelf life. For those who lament the end of one of television’s gold standard series, this boxed set will be excellent therapy. –Donald Liebenson

From the Back Cover